You can now install Google Apps on Amazon Fire Tablets 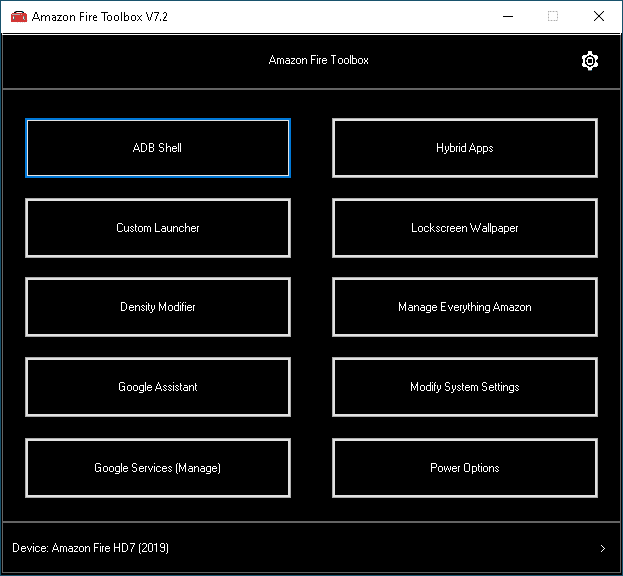 Amazon Fire tablets have a very low price point and every year, new devices are issued. The Fire HD 7 and Fire HD 8 are very popular and all have been refreshed. There is a new way you can install Google Play and many of the best Google apps on your Fire HD, without having to go through complicated procedures.

The new software is called Amazon Fire Toolbox, the app is compatible with a myriad of Fire tablet variants, starting from the latest iteration of the Fire HD 8 to every other variant since 2014’s Fire HD 6. It communicates with your Fire tablet using Android Debug Bridge (ADB), which means you have to enable USB Debugging beforehand. As soon as you install the required drivers, the app can recognize your device and show a menu like the following.

This tool is just designed for Microsoft Windows and can install Google Services, Google Assistant and give you more flexibility and control over your Amazon tablet.  You can even remove all of the Amazon bloatware apps that are preinstalled, that normally don’t let you delete them.

You can download the Windows Fire Toolbox and get step by step instructions, by visiting the XDA thread. There are two tutorials, one if you have a modern Fire Tablet from 2019-2020 or if you have an older one. The steps are basically the exact same, except for a few small changes, this is because Amazon uses a different version of Android in their newer devices.  Getting the Fire Toolbox up and running is surprisingly simple, so everyone can do it.