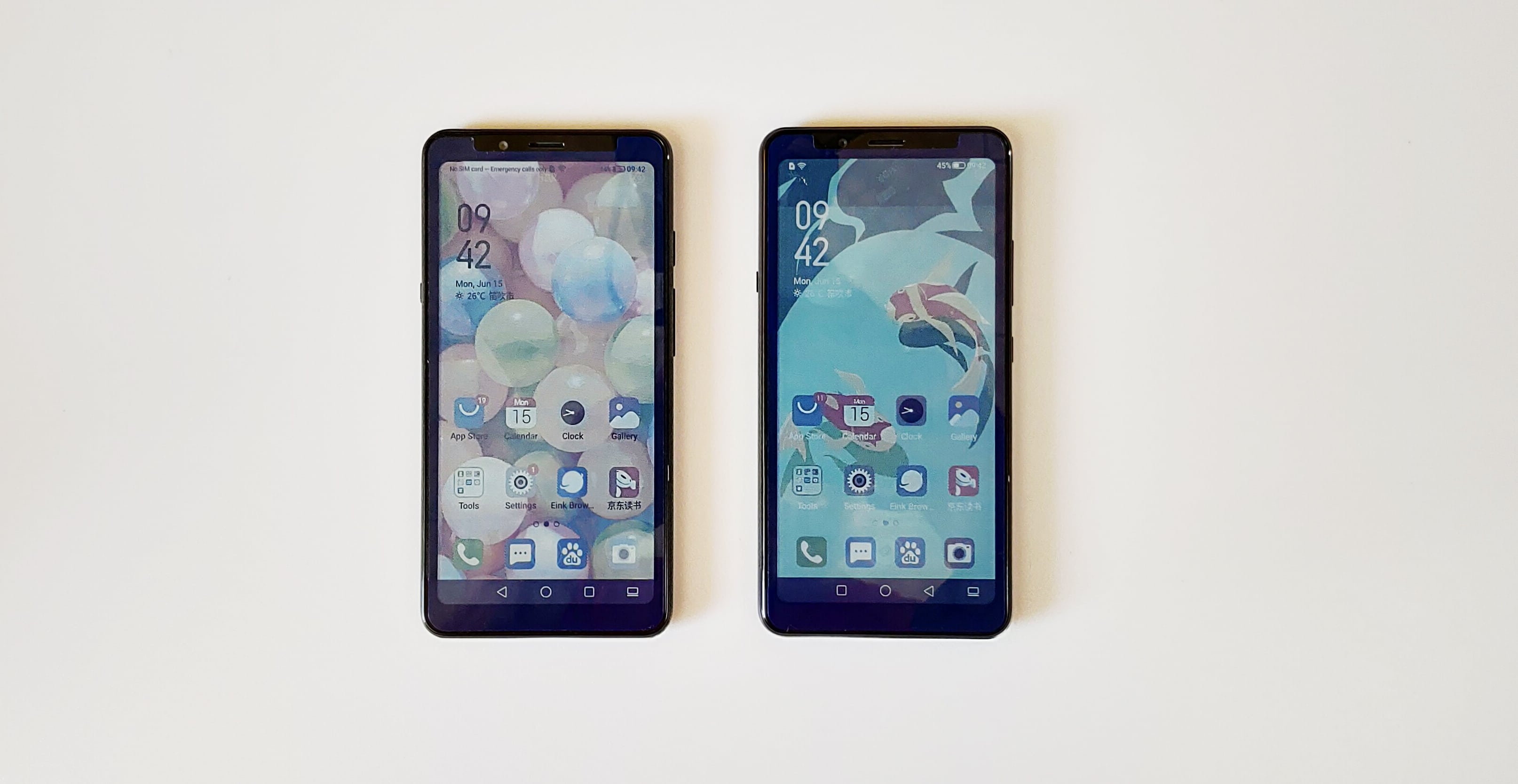 The only two colored E INK smartphones on the market are both issued by Hisense. They both came out around the same time and many people are unaware of the differences between the two devices. Sure, you might have heard about the tech specs, but how do they perform? Good e-Reader has produced a new video that shows you the same content, side by side, so you can be the judge.

The Hisense A5C  was the first smartphone issued that employed the new  INK Kaleido technology. It features a 5.84 inch single screen with color E INK panel that is capable of displaying 4096 colors. It has a front lit display for reading in the dark. Underneath the hood is a Qualcomm Snapdragon 439 processor, 4GB of RAM and 64GB of storage. It has an SD on the SIM card tray for an additional 256GB of storage. It has a rear facing camera capable of 13MP pictures and the front-facing camera is 5MP. The entire device is powered by a 4,000 mAh battery. The HiSense A5C has a microSD card slot, micro USB charging port, Bluetooth and Wi-Fi connectivity, OTG, and a 3.5mm headphone jack.  The operating system is Android 9 Pie OS. There is only one microphone at the bottom of the device and the audio comes from the speaker grill on the front.

The Hisense A5 PRO CC features a single screen 5.84 inch E INK color display with a resolution of 1440 x 720 and 287 PPI.  Underneath the hood is a Unisoc T610 processor (2 x 1.8 GHz ARM Cortex A75 + 6 x 1.8 GHZ ARM Cortex-A55) and 4GB RAM. There are two different storage configurations available – 64GB and 128 GB.  The SIM card tray houses a MicroSD slot, and is capable of an addition 256GB of additional storage. Google Android 10 is the operating system, which is better than Android 9 on the A5C. This phone has two microphones, one on the top and one on the bottom. It also has a dedicated speaker on the bottom, great for multimedia content. There is also a fingerprint sensor on the back to unlock the device.

When putting these two color E INK phones, side by side, I noticed that the A5 Pro CC had better image quality and produced more vibrant colors. Although both of these have a screen protector already on it, when you buy one, I recommend a matte screen protector.

The Hisense A5C is considered an entry level smartphone and is available from the Good e-Reader Store for $309. The Hisense A5 Pro CC is $320 for the 64GB and $350 for the 128GB option. I would recommend to buy the Pro CC, it is worth the extra money.